How the Sensitiv devices are working

Sensitiv Imago and Sensitiv audit devices are working using the method of frequency-wave imprinting. Basing on the frequency spectrums of the organs and tissues of the biological object one can obtain a huge amount of information about the patient.

Method of the frequency-wave imprinting

In the basis of the method of frequency - wave imprinting, is bio-magnetic resonance phenomenon, which is widely known in science. In this theory, a human or any living organism is considered as an open oscillating circuit.

This circuit emits weak electromagnetic waves with the frequency range inherent only to this one. Since these signals are electromagnetic in nature, they can be recorded by means of electrodes, and inductors.

Introduction of different foreign substances into the body, or development of pathological processes violates internal harmony. Consequently, it results in a changes in the frequency spectrum, namely - the occurrence of abnormal vibrations.

For the present day Sensitiv devices are able to:

One of the most modern and accurate methods of diagnosing and treating a number of diseases – is the frequency wave imprinting test. It bases on the theory of electromagnetic fields of living organisms. According to it, any health-harming virus or microorganism has its own electromagnetic nature. The impact on their field using the special devices can result in recovery of a biological object’s body. 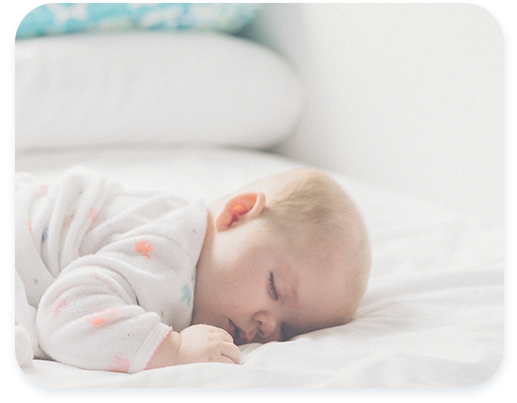 We at Alfa-Med are confident that the future lies in the diagnostics and prevention of diseases at the early stages before any symptoms and complications, as well as the need for an expensive treatment

The origin of the method

The emergence of this innovative method became possible in result of decades of researches made by a number of specialists in different fields of science, which took place in the 30th and 50th of the XX century. A large contribution to its development was made by Harold Burr - biologist, professor of anatomy at the American University of Yale. He was able to prove the existence of some form of electromagnetic fields in every living beings without exception.

Theodore Van Hoven described the theory of quantum entropy logic. Information functions as metaphysical fields affect the physical properties of the cell. They can change them and even cause to have new properties being in a relationship with the mass and energy.

Honor of developing their own methods of eliminating viruses by resonant influence belongs to Royal Rife – who was an outstanding researcher in the field of bio-electronic medicine. He was able to determine, that the oscillation frequency of healthy and unhealthy tissue differs one from another. Having identified a range of emissions produced by harmful microorganisms and giving them a resonant eradiation Rife eliminated the pathological tissues.

Bio-magnetic resonance phenomenon - the basis of the method

Fast and accurate diagnosis of a living organism is available through bio-magnetic resonance phenomenon. It was well known for long, well studied, and is based on the theory of the resonant circuit - electromagnetic field, which is inherent in any organism. Each cell has its own frequency of oscillation. Experts of Alfa-Med LLC Holding learned how to register the frequency vibrations.

Any foreign substance or pathology inevitably bring disharmony to the usual frequency vibrations. Without exception - every pathology, virus or disease is characterized by a strictly defined frequency. To detect it electronic device sends a signal to the body - with the same frequency. If the disease is not present - nothing happens, but if there is one - a phenomenon bio-magnetic resonance appears, and it can be detected by the sensors. The accuracy of modern devices is relatively high - not only to detect the disease, but also to locate the position in the body.

Test providing by the frequency imprinting is today performed by the complex devices based on the inventions of Nikola Tesla. Sensitiv Imago machines are functional complexes with integrated program (LifeStream), which have all information inserted in the database - spectrographic data of the thousands of malicious entities - fungi, viruses, parasites. Testing health is taking only several minutes and cause no uncomfortable feelings. Such devices make it possible to carry out the following activities (actions): lifestream.

Sensitive Imago Hardware-software complexes (HSC) – are the extremely effective way to identify weaknesses in the human body as well as to detect internal pathologies or malicious parasites came to the body from the outside. Information obtained by using the device, allows to commencement the health improvement and prophylactic or disease prevention timely.

How is the frequency - wave imprinting test performed

The basis of this test is non-invasive, which is the most comfortable and quick type of test for the surveyed person. The device is connected to the object of study using sensitive sensors - triggers, inductors, electrodes etc. Main task of these units is the detection of the frequency spectrum of harmful organisms and pathologies, as well as defining focus of their location.

HSC is able to modulate the wide spectrum of various frequencies: low, medium and high. They affect the object on different principles - passing straight through the living tissue (low-frequency) and "spreading" across the surface of the skin (high frequency). This provides a complex effect on pathogens; the resonance impact is directed exclusively on the pathology, without causing damage to healthy tissues.

In 1940 already, Yale University professor Harold S Burr was studying the electric field surrounding the living plants and animals, as well as investigated the form of electrostatic fields of the salamanders. During the research, he discovered that young salamanders have electric fields, which follows the shape of the adult animal. Harold S Burr wanted to find out at what stage of the animal growth this field appears for the first time. He began to compose field patterns for more and more early stages of embryogenesis.

As a result he discovered that this field exists even in the unfertilized oocytes. Harold Burr also experimented with electric fields around a small plant shoots. His research has shown that the electric field around the germ does not have a form of germ. It resembles the adult plant. These findings allowed suggestion that any developing organism follow the prescribed pre-growth program, which is determined by the individual field of the body. These studies, along with the studies of biologists, chemists, and other scientists have allowed finding out that all living organisms have an electric field. Consequently, there is also a magnetic field, which by its nature more complicated. Harold Saxton Burr published "Data of the existence of electrodynamic fields in living organisms” (Proceedings of the National Academy of Sciences, Volume XXV, April 1939., Pp. 184-288).

Royal Rife performed a research in the 1930-40th, developing bio-electronic medicine. Royal Rife was the first person who actually have seen a live virus, using the microscope he created himself. Rife determined at which frequency range of electromagnetic radiation molecule bodies of the patient and his disease are vibrating. He painstakingly (precisely) identified the individual spectrum of each microorganism’s radiation using the possibilities of a spectral cutoff. Rife started to develop a method of destroying these tiny killer viruses. He used the principle of resonance. By increasing the intensity of the frequency radiation, which resonated with these microbes, Rife amplified their natural oscillations. This radiation eliminated the microorganisms – however, it made no harm to the surrounding tissues.

In 1954, a German doctor Reinhard Voll noticed (perhaps accidentally) that the medication has changed its performance. This occurred when the patient hand touched this specific drug. When measuring the potential of biologically active dots their performance also changed. Thus, the discovery was made: the drug (even at a distance) can change the energetic condition of a person. After a while a theory of bio-resonance was discovered. Bio-resonance therapy is characterized in fact that for the treatment of any human no actions from the outside are performed. By using the special equipment, pathological frequencies can be separated from others and then inverted (turned 180 degrees). The human body, taking such inverse wave comes back to the normal condition. Human - is a multiply hierarchical control system. Signals in it are divided into harmonic (i.e. physiologically healthy) and disharmonious vibrations (i.e. abnormal). Latter are disordering the processes in the body and, as a result, lead to disease. These oscillations should be eliminated in the course of treatment. There are, however, noise vibrations as well, but although they interfere with control processes, they do not lead to disease.